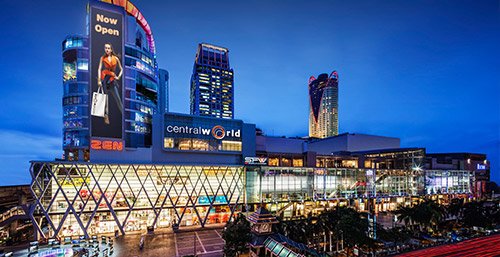 With 10 minutes’ walk from our hotel, you will find one of the biggest department stores in Thailand. Using creative art work and sculpture as part of the shopping complex’s interior, this shopping complex offer to shopper and passer – by alike, a fun and inter-active experience with these art pieces, rather than just using it for decoration.

The most popular wholesale department store in Thailand is located just 5 minutes’ walk from our hotel. No matter you are shoppers for business or shopper for pleasure, this is the hotel for you. 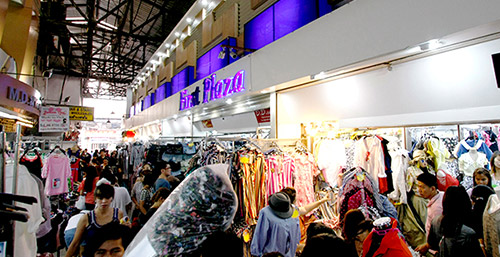 Just 1 step out of our hotel, you will find the famous Pratunam market where there are thousands of apparel stores which make its a heaven for shoppers which make First House the hotel for shoppers.

Siam Paragon is an immensely popular shopping mall housing a host of international high-end fashion brands, Southeast Asia’s largest aquarium, a 16-screen Cineplex, and a comprehensive selection of world cuisine. Located prominently in front of Siam BTS Skytrain station - the interchange of the two BTS lines - it is considered by many to be the centre of Bangkok. Considering the mall contains over 250 shops, the layout is logical and fairly compact, certainly when compared to the sprawling Central World mall nearby. However, this mall provides mainly luxury items for well-heeled Thais and international visitors with cash to splurge. If you are looking for something extra-special then Siam Paragon is definitely the place to find it. 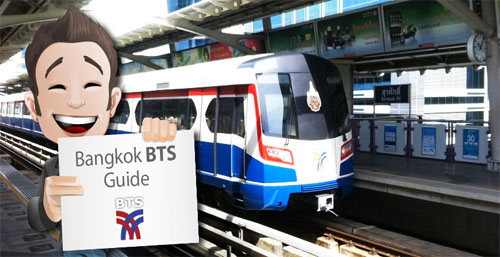 Ratchathewi station is a BTS skytrain station, on the Sukhumvit Line in Ratchathewi District, Bangkok, Thailand. The station is located on Phaya Thai Road to the south of Ratchathewi intersection, about 10 minutes walk to Pantip Plaza on the way to Pratunam market. The station is also linked by a skybridge to Asia Hotel (where the Calypso Cabaret Shows are held), and by escalators and stairs to a recently created area known as Co-Co Walk that houses several relatively low cost restaurants and bars used mostly by the locals, some "antique" shops, and the one remaining software vendor displaced from Hollywood Street that occupied the rear of the site that formerly hosted a theatre/cimema; Co-Co Walk adjoins the Hollywood Arcade that appears to no longer function as retail premises. 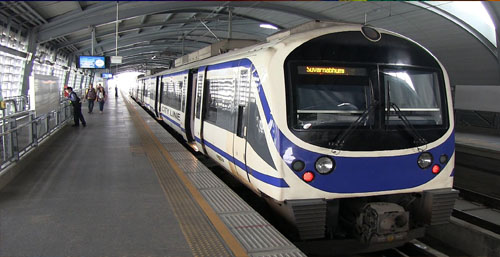 Ratchaprarop Station is a Airport Rail Link station on Ratchaprarop Road and State Railway of Thailand Eastern Line. In the future, it can be transferred to MRT Orange Line at Ratchaprarop MRT Station.

King Power, Thailand’s pioneer duty-free retailer, has a presence at major international airports and city-centre locations throughout the kingdom. The stores marry the joy of travelling with a curated shopping experience, offering a diverse mix of products from over 1,500 international and local brands especially selected for travellers. With profound understanding of travellers’ true wants and needs, King Power aims to make customers’ journey more memorable and extraordinary.

If it's a night of hardcore partying you're after, you're in the wrong part of town. Pratunam is all about shopping; all day long and well into the night. It's easy to catch a cab to popular nightlife areas like Silom or Sukhumvit Road though, where you will be spoiled for choice. If you're looking for more nightlife alternatives, have a look in our Bangkok Nightlife Areas for more ideas. Although there isn’t much to do in Pratunam once the sun sets, the area is not completely dead at night. Many hotels offer bars and lounges with live music, while dining at Bangkok Sky Restaurant at Baiyoke Sky Hotel - Bangkok’s tallest building, is an ideal, too.

You're in Bangkok, so eating experiences are all around you. Even on the pavement. Apart from street vendors, choices vary between Thai and international restaurants at hotels, food courts (the ones in Pantip Plaza, Platinum Fashion Mall and CentralWorld are especially good), and all kinds of little restaurants abound. As mentioned earlier, Pratunam is particularly popular with Indian, Middle Eastern and African traders. As such, the area is home to several Halaal restaurants, and Bangkok's only African restaurant called Abyssenia.